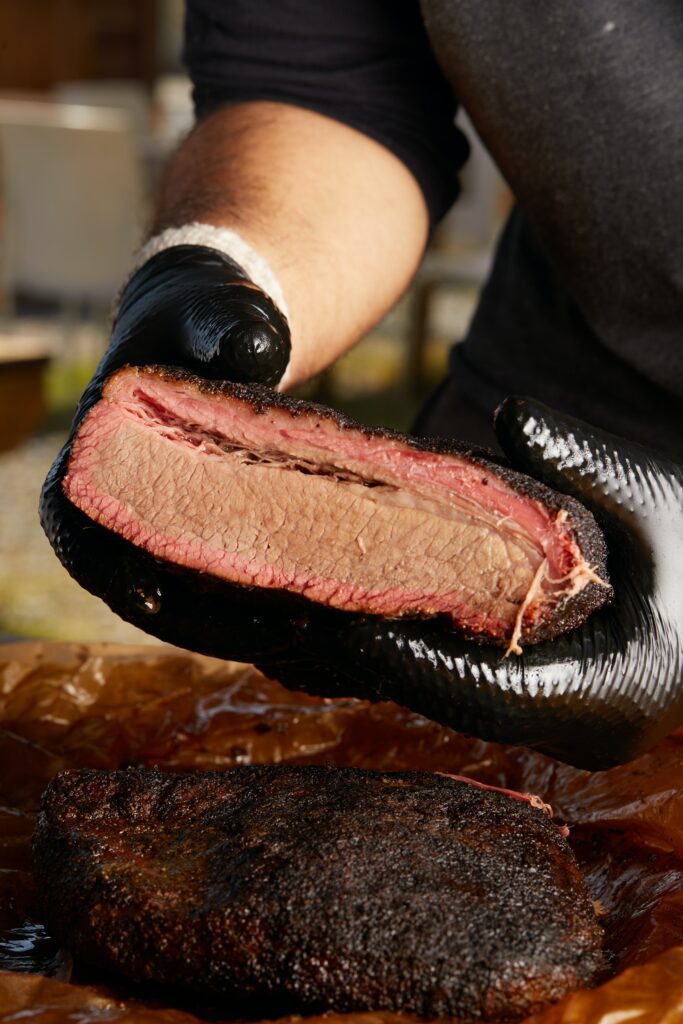 Can I freeze uncooked brisket?

Few things in the world are as satisfyingly delectable as a beef brisket that has been prudently trimmed of its excess fats, meticulously seasoned (with nothing but kosher salt, sixteen-mesh cafe grind black pepper, and, perhaps, a pinch of love), and painstakingly smoked over a hardwood fire for enough hours to render this ornery primal cut so tender that upon the first mouthwatering bite you’ll close your eyes and momentarily see the face of

That is to say, properly prepared barbecued brisket is one of life’s great pleasures. On the other hand, when the brisket is done incorrectly, it can be the furthest thing from delectable.

The difference between fresh and frozen meat is minimal.

The meat purchased from the butcher shop is fresh, which means it has never been frozen. You buy the meat at a butcher shop and cook it without freezing it.

If the meat has been frozen for an extended time, it is no longer fresh and is stable at temperatures ranging from 32 to 40 degrees. When the temperature falls below 32 degrees, your meat is considered frozen.

A proper freezing technique can ensure that frozen meat tastes just as good as fresh meat, but there may be some minor differences. However, no matter what type of meat you’re cooking, the taste, color, texture, and smell will change if you don’t freeze it properly.

The key to brisket cooking is keeping as much moisture as possible. Unfortunately, freezing brisket causes damage to the meat fibers, allowing moisture to escape. When defrosting a brisket, it will lose moisture during the thawing process.

Fresh meat is always better because it contains the most nutrients but can lose minerals and vitamins over time. However, there is no difference in flavor or quality if the meat is frozen and thawed properly.

The meat can retain its nutritional value, color, and flavor if frozen quickly and effectively. Frozen meat is much easier to use because you can keep it in the fridge for an extended time.

In contrast, you must get fresh meat and cook it quickly because it does not keep well over time. So, it all comes down to how you intend to use your meat.

How can you tell if it’s the fresh meat?

Always inspect the color of meat, regardless of the type. If it’s beef or lamb meat, it should be bright red, and when you touch it with your fingers, it should be firm and dry.

If the meat is vacuum-packed, it may appear slightly brown, but this does not imply that it is rotten or of poor quality. Furthermore, meat has a distinct odor.

Don’t be offended by the mild, meaty aroma, but check for any strong, pungent odors. Fresh meat can quickly develop a stronger odor if stored in a hot or humid environment, so inspect it carefully.

What happens to frozen brisket?

Many people wonder if frozen brisket is as good as fresh brisket.

Ice crystals can form on the surface when you freeze brisket, damaging the cell membrane. The air allows for the formation of ice crystals.

As a result, using vacuum sealing to remove air and blast freeze the meat will prevent the formation of ice crystals and ensure that your meat retains its nutrient value.

Unfortunately, only some have access to a blast freezer. So, if you want to avoid the formation of ice crystals, double-wrap the meat to avoid freezer burn.

Nothing beats fresh meat, especially if it’s brisket and steak. You can freeze any meat before cooking; fresh meat is better than frozen meat. The possibility of freezer burn is high if brisket is not properly prepared before freezing. Some people will not be able to notice the difference, but if you want to enjoy your brisket, buy the freshest cut you can find.