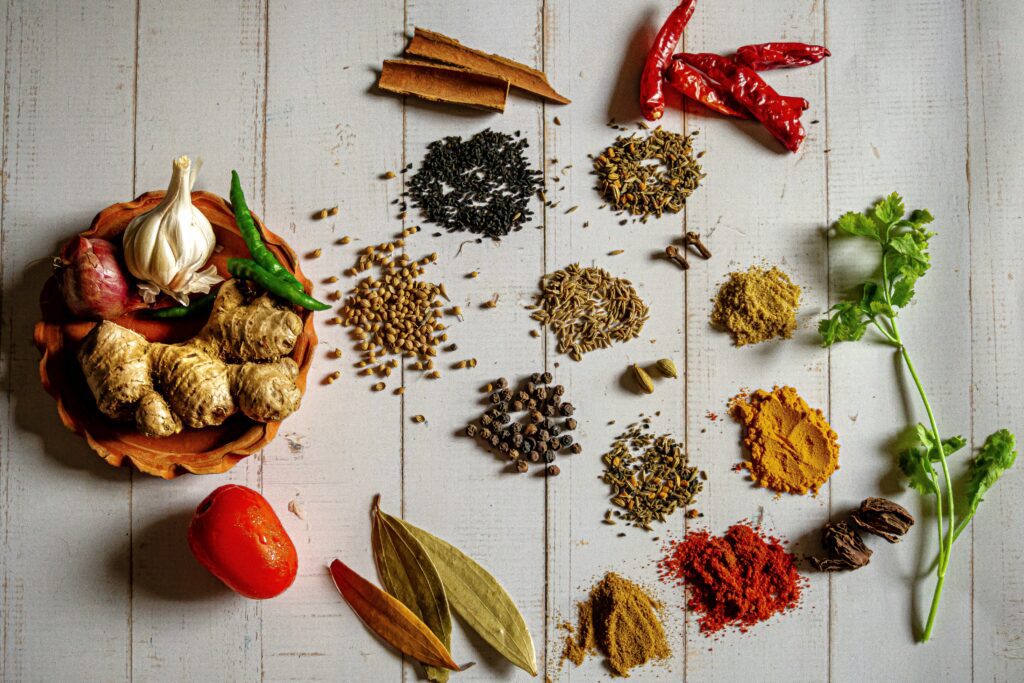 Best Spices and Seasonings to Use for Your Brisket

The first step in creating a smoked beef brisket recipe is to prepare a dry rub for the meat. The rub gives the brisket taste and prepares it for the smoker.

Brisket should be seasoned with flavors that match the meat’s inherent flavor. Texas-style salt and pepper rubs are great options, while paprika, onion, and garlic-infused rubs are also suitable alternatives. While smoking a brisket, use a seasoning spray to add flavor and moisture.

Jewish immigrants to Texas in the late 1800s brought the beef cut known as brisket. Farmers in Texas who farmed many cattle needed an inexpensive cut of meat they could regularly obtain and enjoy.

The popularity of the meat cut in the United States increased in the latter part of the 20th century, and American pitmasters have been honing brisket rubs ever since.

Smoked Brisket Rub: What Is It?

A mixture of seasonings known as a “smoked brisket rub” is applied liberally to beef brisket to add taste. A dry rub is similar to a marinade but without the liquid. Many pieces of meat are prepared for the smoker using dry rubs by barbecue pitmasters. The rub contains a variety of spices, including cumin, smoked paprika, onion powder, garlic powder, cayenne pepper, chili powder, and coarse Kosher salt. Brown sugar adds a little sweetness and aids in the caramelization of the meat during cooking.

Basic Ingredients of a Dry Rub

What ingredients are in brisket rub? Here are some pretty basic components for the brisket rub, which you probably already have in your pantry:

Because smoked paprika is Spanish in origin, it is also occasionally referred to as Spanish paprika, Pimentón de la Vera, or paprika of the La Vera. This region in Western Spain is well-known for its red peppers, which are dried, smoked, and ground before being consumed. This unusual technique yields a vibrantly crimson spice with a delectably smokey flavor.

Well, smoked paprika is smokey. Without actually smoking the meal, it imparts a smokey, woodsy flavor. Additionally, it has an earthy, slightly fruity, and lively flavor.

Sea salt is finer and less concentrated than many of your other options. Additionally, it disperses evenly when baking, preventing salty pockets from forming in your cakes or cookies. If you’re unsure of how salty it is, give it a taste before you start cooking with it, and then adjust as necessary.

Kosher salt isn’t always kosher, despite its name. It is so named because it is the best salt to use when koshering meat (also known as the procedure of rinsing, soaking, and salting meat to remove blood).

Ground garlic, commonly referred to as garlic powder, is dehydrated garlic ground into a powder. Sliced garlic cloves are dried in a dehydrator or oven until powdery; then, they are crushed in a food processor or grinder. Although the grains of granulated garlic is larger, it is still a form of garlic powder.

In nature, peppercorns are the ripe fruits of a Piperaceae family’s blooming vine. The green, broad-leaved vines extend long tendrils where the cylindrical clusters of ripening berries are. The tiny fruits have a thin skin, little fruit inside, and one big seed. Depending on the type and strength of the pepper, the fruits are selected at various stages of maturity and processed accordingly.

Black pepper, which is dried and ground, is one of the most often used spices in Western cooking. It is commonly referred to as “pepper” and is a common ingredient with table salt on almost every dinner table worldwide. Pepper may be kept for a long time in storage without losing its flavor and aroma because it has a comparatively low moisture content (especially when in its whole peppercorn form).

Long, fresh red chiles are first transformed into dried, crushed cayenne pepper (Capsicum annuum). They came from South America. Cayenne peppers are normally collected red when they are at their spiciest when they are 2 to 5 inches long, after which they are dried and finely powdered.

Initially, ground cayenne appears similar to paprika (another ground, dried pepper). However, cayenne is much hotter.

Like several other dried chilies, cayenne lacks a smoky or earthy flavor. The flavor is primarily spicy and faintly fruity, which is a benefit, not a weakness. Although cayenne is a strong player in the heat department, it pairs well with other flavors.

A condiment known as onion powder is created from pulverized, dehydrated onions. Most frequently used in dry rubs and marinades, this pungent-smelling spice delivers intense onion flavor without the moisture and weight of the onion bulb itself. The powder can be used in sauces, soups, or dips and dusted on meats before cooking. When fresh onions are not an option, and you want to add onion flavor to casseroles, meatloaf, or other meals, use onion powder.

One of the herbs used frequently in continental cooking is oregano, a tiny shrub that can be utilized fresh and dry throughout the year. Dried oregano is a culinary herb to add a distinctive scent and flavor to Italian and Mediterranean meals.

Fresh oregano leaves are dried in a dehydrator or under the sun to produce dried oregano. Due to its distinctive and alluring perfume, this herb is frequently utilized in various cuisines. Since it is a required ingredient in pizza manufacturing, dried oregano is also known as “Pizza Herb.” Depending on how you intend to use it, dried oregano is available as leaves or powder.

The inclusion of molasses gives brown sugar, a sucrose sugar product, its unique brown hue. Natural brown sugar is either an unrefined or partially refined soft sugar made up of sugar crystals with some residual molasses or by mixing molasses with white sugar (commercial brown sugar).

The flavor of cumin is warm, earthy, and just a little bit bittersweet. It has a sour, musky aroma. Additionally, it gives the meal smoky, savory, and somewhat lemony notes.

How to Choose the Best Brisket Seasoning?

By looking at brisket recipes and utilizing the seasonings listed on those recipes, you may select the best brisket seasoning. Chefs should consider the exact seasonings and how well those would suit the tastes of their diners. Additionally, it’s a good idea for cooks looking for the best brisket seasoning to consider the individual herbs and spices and how well they blend. To avoid selecting something that destroys the dish, the cook can utilize standard flavors for briskets, such as salt, pepper, and thyme, if they are unsure about the best seasoning. After cooking the food with a basic seasoning blend, the chef can tweak the recipe or other components.

Examining rubs recipes is the best way to find the best brisket seasoning. The chef can use these dishes to get a sense of the tastes that go well with beef brisket. Because taste is so individualized, different chefs frequently use various herbs and seasonings in their recipes. To determine their optimal brisket spice, cooks should read through recipes given by other chefs and select the seasonings and herbs they most enjoy the flavor of.

The greatest brisket seasoning should always be chosen with the diners in mind. For instance, some visitors might not like spicy meals. A seasoning that contains cayenne pepper is likely to make the brisket unpleasant for a guest like this. The flavor of other seasonings may not be to everyone’s taste.

Many chefs find that using basic brisket seasoning options is a wonderful start. Salt, pepper, and brown sugar are typical ingredients used on brisket, and Bay leaves are also recommended in many recipes. Chefs can experiment by cooking a brisket using these seasonings and then, based on the results, changing the quantities or particular ingredients the next time they prepare it. Chefs can use this information to create their brisket spice.

Brisket rubs are so well-liked because of the diversity of substances they contain, which can also give your brisket various characteristics.

As an illustration, the dry chipotle rub will give your brisket a smoky flavor with a touch of fire. You might also use the brown sugar-based rub, and the sugar will help the meat caramelize and create a sweet but savory flavor when eating the brisket.

The ultimate purpose of a brisket rub is to cook the brisket while developing a brown crust or bark. A beef piece with superb bark will be juicy, soft, and flavorfully sealed.

The purpose of each rub recipe is essentially the same, but the final product’s flavor choice and overall objective are all up to you! With a little experience, an open mind to trying out different dry rubs, and a natural enthusiasm for smoking the ideal brisket, you’ll soon be able to produce brisket that’s the talk of the neighborhood.

The best seasonings for brisket bring out the natural tastes of the meat. Briskets are tasty, and the seasoning should always enhance rather than mask the flavors.

Texas-style salt and pepper rubs work well for seasoning brisket, as do rubs using paprika and garlic powder, which have mellower flavors.

It’s a great idea to season the beef with a spray since it helps retain moisture when smoking and keeps the brisket tender.